Massification of Luxury: the Chinese Invasion

Analysts world over have been writing about luxury consumption among the Chinese consumers. Few have also discussed the issues of Chinese luxury brands aimed at global consumers including ‘Shanghai Tang’ and ‘LaVie’. However, there is little discussion on how slowly but steadily Chinese entrepreneurs are acquiring or taking over Western luxury brands. This post is an attempt to highlight that. 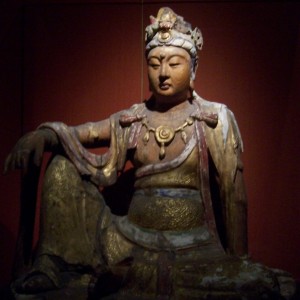 For the last three or four centuries the Europeans have led the luxury market. The production and marketing of luxury goods were strongly guarded. This led to the emergence of cities across Europe which became global hubs of fashion and luxury including London, Paris, Milan, Rome and others.

After the World War II, a new segment of luxury consumers emerged. This included successful business people, industrialists, artists and those who found new riches in various markets across the world. This nouveau riche had little idea on how to spend their new-found wealth and how to become fashionable. A new service industry emerged due to this: the fashion stylist who helped this nouveau riche look and feel fashionable.

One of the major impacts of this new luxury consumer was that they created a second rung of aspiring leaders, managers and carrier go-getters at large. These middle-class consumers also wanted to consume luxury however didn’t have the means to purchase such goods.

To get out of this market luxury companies came up with a completely new set of products which later on were defined as accessible luxury. It included handbags, scarves, wallets and purses, belts and such other low-price goods. While the new market was lucrative, most luxury companies realised that the production costs didn’t provide enough margins when produced in the European factories.

To improve their financial bottom-line many luxury companies then looked for markets where these goods can be produced for a cheaper cost. China was one of the most obvious choices, however it was a difficult market to build relationships with local manufacturers. Many Hong Kong based traders took advantage of the situation and started opening factories in China which produced luxury goods for many well known firms.

As they gained knowledge and expertise in producing quality high-priced luxury goods many of his Hong Kong traders and their Chinese counterparts realised that the biggest profit margin lies in the ownership of a luxury firm. In the early part of the new millennium the Chinese invasion in the luxury market started.

One of the most successful stories among these is the Chinese entrepreneurs Silas Chou, the President and CEO of Novel Enterprises Limited, one of the world’s leading vertically-integrated textile and apparel manufacturer. In 1984, he actively helped his family in establishing Dragonair, the award-winning airline from Hong Kong. In 1989, he acquired Tommy Hilfiger Corporation silently. He served as chairman and then a call chairman from 1989 to 2002. Within eight years honest in your as a chairman he turned the company from a US$25 million US based apparel firm to a multinational US$2 billion brand. He also brought Pepe jeans London Corporation in 1991. In 2003, he purchased a majority interest in Michael Kors Corporation at which he still serves as a co-chairman.

The above gives us a little idea of how the Chinese entrepreneurs are now stepping up in the luxury business which was predominantly European few decades ago. As the market presence of Chinese consumers grow in the domain of luxury, the other side of the trend also is going to grow only. Certainly some food for thought for the European luxury manufacturers and marketers.