How in-store sampling influences your choice?

Recently, one of my dissertation students, Essi Porkka at Aalto University of Economics, Mikkeli, Finland and I took on a challenge to answer the question ‘how in-store sampling motivates a consumer in making a final decision?’ We were specifically interested in understanding how in-store sampling can influence choice goals a consumer has and how this in turn will impact the decision satisfaction. To conduct this research specifically chose cosmetics retailing as a context.

Let me set the context first.

The cosmetics industry and in-store sampling

The cosmetics industry has experienced immense growth in recent years, and according to the Global Insight report, the U.S. market is predicted to grow from €47.9 billion to €78.4 billion by 2016. During the years 2007-2012, the global annual growth rate was reported to be 3.2 per cent, and in 2012 the total cosmetics market reached the value of €233.3 billion with a revenue increase of 4.6 per cent. Research also emphasizes that in the U.S. the average spending on cosmetic products is almost the same as on clothing, which further demonstrates the undisputed importance of cosmetics retailing in today’s market place. We know it well that people use cosmetics to feel more attractive, to look their best, and to enhance their appearance. One of the studies on cosmetic consumers found that an average female consumer uses 7.4 products every day. However, the consumption patterns are strongly dependent on different cultures; for example the French tend to spend most on skin care products whereas the German spend primarily on toiletries.

The global rankings of the major cosmetics manufacturers have stayed relatively same over the past few years, and companies such as Procter and Gamble, L’Oréal, Unilever, and Estée Lauder have occupied the top places several years running. Maintaining top-places in the cosmetics market has become extremely challenging due to the intense competition in the industry, and it is therefore crucial to constantly adjust to the evolving trends. Due to this fierce competition, cosmetics industry relies heavily on advertising and promotion. One of the highly used promotion techniques in cosmetics retail is in-store sampling. However, comparatively little is known in terms of how in-store sampling influences consumer decision making process. 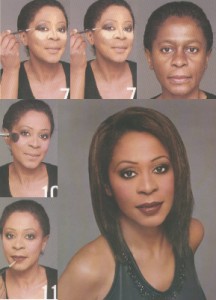 In this research, we specifically focused on choice goals. Researchers have argued that making a choice requires constructing the information into a preference structure, and consumers’ ability to find a satisfactory strategy is dependent on their capability to process information, the social environment, and the product selection. Furthermore, consumers tend to have goals in terms of what they desire to gain from making a certain choice. Professor Jim Bettman at Duke University suggests that goals define the extent to which an individual is motivated to minimize effort and negative emotions and maximize the choice accuracy and the ease of reasoning the choice. In their research Mark Heitmann, Donald Lehmann and Andreas Herrmann further differentiate choice goals as approach goals that include justifying decisions and increasing confidence, and avoidance goals comprising of evaluation costs, anticipated regret, and final negative affect.

We found some really interesting results. Firstly, we observed that utilitarian motivations such as convenience, information availability and gift-shopping were significant drivers of cosmetics purchase. Moreover, we also found that hedonic motivations such as self-gratification, experience seeking, social interaction and idea seeking were important influencers in driving cosmetics buying. We also observed clear effects of in-store sampling in enhancing choice goal attainment by increasing justifiability and choice confidence and by decreasing evaluation costs, ambiguous social reactions, and final negative affect. We also saw that this effect was further influenced by increase in product knowledge, amount of information, and involvement, and decrease in product complexity and predisposition toward maximizing.

We also looked at how choice goals influence decision satisfaction and found interesting insights. When sampling is used as a promotion technique, the higher choice goal attainment has a positive effect on decision satisfaction. Consumers feel less negative feelings such as frustration and distress and they find the process more interesting and exciting. Moreover, when samples help attain a higher level of choice goals, the process is perceived to be easier, leading to a higher overall satisfaction with the shopping experience.

So, how can you use this results? 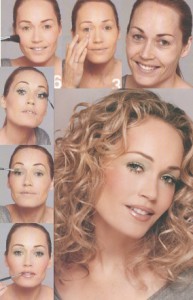 As the most significant motivations driving cosmetics shopping at retailers were found to be especially convenience and information availability, retailers should also remember that cosmetics consumers with utilitarian goals also tend to have higher standards for their goal attainment. Consumers who are oriented towards receiving functional value from their shopping trip are likely to be more critical about how well they can reach the approach goals and avoid evaluation costs, for instance. As consumers with hedonic motivations tend to have less specific goals regarding the end results of their shopping trip, retailers can use samples to get those consumers more involved in the store. This is likely to increase the possibility that more impulse purchases are made and the experience oriented consumers end up making a purchase.

Also, since information seekers are mostly concerned about finding enough information to make the most optimal choice and convenience seeking consumers concentrate on minimizing the effort put into the decision process, it is highly beneficial for retailers that they can use samples to make the decision making process easier for these specific and seemingly important consumer groups. Also, as self-gratification was one of the most significant hedonic motivations, samples are an opportunity for retailers to make self-gratification seeking consumers make more impulse purchases by making the purchase more easily justified. Samples hence make a significant contribution to the decision making process and choice satisfaction of a large group of cosmetics consumers.

Cosmetics retailers should especially take advantage of the notion that samples have a significant effect on choice goal attainment and decision satisfaction by decreasing product complexity and increasing the amount of available information. Prior research suggests us that consumers are more likely to pursue their shopping elsewhere if they cannot attain their choice goals due to factors that can be attributed to the retail store elements. Product complexity and amount of available information are both elements that can be managed by the retailers, and this research suggests that samples could be effective in order to increase the positive effect of those elements. Also, when consumers are better able to comprehend all the available options, they are less likely to defer their decision making. This in turn is a possibility for retailers to ensure that consumers make their actual purchases in their specific stores.