While listening and later on reading Apple’s defence of the ‘Antennagate’, I felt how much strategic thinking has gone into this and how the debate was PR driven rather than having any talk of substance.

Apple won praise of customers and non-customers alike because it stayed at the upper spectrum debate previously. It looked at Windows and others from there and probably with its additional focus on pleasing design and customer friendly interface won accolades from journalists and others. It had its own few problems with mainstream products such as battery drain on iPods and laptops heating up quite a bit. However, it used its PR machine and somehow never lost ground because of the much envied brand position in the marketplace. 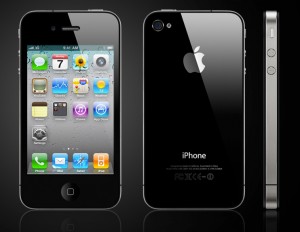 Previously, when defending itself in the marketplace Apple was a market follower in the sense of market share and value as its major rival was Microsoft. It was always number 2 behind Microsoft when the comparison was made. And we all know our love of the underdogs since the days of Avis (We try harder).

However, this time it’s different. With this latest iPhone4 scenario for the first time Apple has become market leader in terms of company valuation. Now it is bigger than Microsoft. In later part of May, Apple market value was at USD 222.1 bn, higher than Microsoft’s USD 219.2bn.

An underdog playing the PR game is always loved. However, when it comes to leader people tend to take it differently. Remember, when Microsoft gave free sample of its latest OS to some prominent bloggers, the debate moved from the good or the bad of the OS to ethical issues relating to is this good practice from Microsoft or market exploitation.

With regard to Apple’s response to iPhone4 problems, it can be summarised in following two ways:

When Steve Jobs stated that the media over hyped this issue, he and his PR team does not seem to realise why people love Apple. They do so because it is above par, it continuously strives to be excellent, it is supremely design focused. The first response (Look ma – everyone is doing it) was in line with Apple’s original attacks on Microsoft (remember the ‘I am Mac’ advertisements). It worked because it was the underdog in that situation. However, this time being the leader in the marketplace, this made Apple more vulnerable as it dragged others prominent companies in the debate. Moreover, the issue was associated with Apple’s core defence in the marketplace, the design of the product.

The second part of response mechanism is purely PR failure. First, Apple denied the problem by saying ‘hold the phone differently’ (Denial). Then it made a grave mistake of asking consumers to pay $29 for the bumper for something which was its own mistake rather than consumers (below par acceptance). And when ‘consumer reports’ decided it is not going to provide the usual great review of the product it changed its position saying we will provide the covers for free (shallow strategic response).

Apple needs to learn how to respond to like a leader if its wishes to be a leader. Leaders are supposed to understand and care about the problem, they need to remain loyal and focused and above all they need to be honest and when required, take the blame rather than pass the buck.

Apple seems to have violated all of the above rules in the response to the ‘Antennagate’. Moreover, as I stated earlier, it has made itself extremely vulnerable by stating it happens with other phones too. Nokia and RIM have straightaway reprimanded Apple for doing so in public. This doesn’t bode well for any brand when all competitors go against it. However good Apple as a brand is, this probably is a wrong strategic move. It needs to look how other leaders like Intel, Sony and others have dealt with failures.

Related articles from other sites