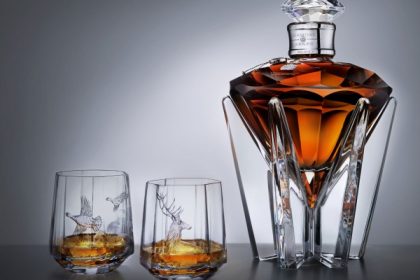 This may come as a surprise to many readers of my website as to why am I focusing on luxury alcohol consumers and that too for India. Well, recently Euromonitor International published a very interesting report on luxury alcohol market for BRICS economics. The report shows that for luxury alcohol industry, three BRIC countries will be the runner-ups after the US in terms of absolute value growth in luxury alcohol, and India and China are predicted the highest CAGRs over 2012-2017.

Although India stands out in terms of growth according to Euromonitor estimates, with a 25% forecast CAGR for the period 2012-2017, sales are expected to grow by less than US$44 million, as the consumer base remains relatively small and has lower purchasing power. By 2016, the richest 10% of households in India are expected to have an average annual disposable income of US$26,329 (in constant terms, compared to S$59,378 in China and US$124,543 in Brazil.

The question for many managers marketing luxury alcohol brands in markets like India will then be: how to adopt my marketing strategies to capture this rapidly growing market?

One of my research studies specifically focusing on Indian luxury alcohol market can be of help in this regards. The article was published in ‘International Marketing Review’ in 2010. I shall highlight some of the important points discovered through that study in here.

It was observed that Indian consumers largely consume luxury alcohol brands with an aim to show off. I believe this is due to the collectivist nature of the society wherein the consumers focus on others self-concept (how consumer thinks other see him/her) and using this ostentatious signals through alcoholic drinks the consumers may signal status subtly (or in some cases not so subtly).

Secondly, the study also looked the influence of situation on consumption behaviour. It was found that consumption of luxury alcoholic brands in India is highly situation specific unlike developed western markets like Britain. This I believe is again due to the overall collectivist nature of the society wherein households which spend money on societal events generate many tangible rewards in the Indian marketplace including higher social status. Hence, consuming ostentatious products such as luxury alcohol brands at special occasions can alleviate an individual’s intra-group and inter-group social identity.

To engage Indian consumers, managers should position their brand on ostentation. The marketing strategy should also focus on situation specificity. If managers can develop a brand message around occasions and ostentatious behaviour, they will have a higher chance of success in the Indian market. Furthermore, branding efforts will not yield as effective a response in the Indian market because of low awareness of many global brands. Therefore, managers will have to use ingenious ways to engage the Indian customers. For example, major international players in the alcoholic beverage market such as Diageo and United Breweries are focusing on the upwardly mobile population in the metros and mini metros of India by opening lounges, while Absolut and Brown-Forman are associating with art and music scene. Diageo plans to open Johnnie Walker Club & Lounge and Smirnoff Cafes in metros such as Mumbai, Delhi and Bangalore and wishes to expand to ten other cities in near future.

Thus, wooing Indian luxury alcohol brand consumers is going to be a challenge for managers. The major obstacle/opprotunity lies in creating a glocalized strategic action plan which incorporates a balanced mix of standardized as well as customized response to the Indian marketplace to reap the rewards of this rapidly growing market.