Recently I was listening to the book ‘Drive’ by Daniel Pink wherein the author discusses how the present day motivational philosophy of focused on rewards and punishment falls short in today’s environment. While listening to the book one of the interesting concepts I came across was the idea of ‘performance goals’ vs. ‘learning goals’.

Performance goals are fairly easy to set-up but they do not motivate most people. They are related to extrinsic motivation and social prestige. For example, a sales executive who sets him/herself a daunting sales target to show is very much a performance goal. Carol Dweck, a well-known name in the area of motivation suggest that the people pursuing performance goals want to look intelligent and smart in the presence of those significant others. In my corporate, academic and consulting life I have seen most executives setting this type of goals. However, sometimes these goals become so outrageous that they become ‘stretch goals’. One of the glaring example of this was observed at Lucent in the year 2000. Richard McGinn, the former CEO of Lucent, prided himself in imposing audacious goals on his managers, believing that such ‘stretching’ will lead to phenomenal results. However, the managers realised that such goals could never be achieved without crossing the line. In this regards, one of the lucent managers filed a complaint against the CEO and the company, charging that the company had set unreachable goals that caused him and his team to mislead the public. Whenever, I talk to sales people, I hear this muted complaint all the time. Most of them don’t complain and go ahead with the task (even if they know that they are not going to achieve the target). However, I find them deflated and not motivated which is completely against what a goal is supposed to do. The goal is supposed to motivate people to achieve it.

Since 1960, there has been strong debate in the world of motivation researchers regarding the value intrinsic motivation and one of the resultant ideas is ‘learning goals’. Carol Dweck suggests that learning goals are about increasing your overall competence. They reflect a desire among the people to learn new skills, master new tasks and understand new phenomenon. Extent research suggests that setting unrealistic performance goals at times leads people to engage in unacceptable or illegal behaviour. On the other hand, leanings goals are likely to induce enthusiasm and excitement, which can help people become more effective in discovering radical, out-of-box ideas of action plans. This can be the difference between mediocrity and competitive edge.

In 2006, Prof. Gerard Seijts and Prof. Gary Latham, ran some experiments to see what kind of impact performance and learning goals had on overall performance. They used the Cellular Industry Business Game (CIBG), which is based on the US cellular telephony industry and requires 13 rounds of decision making. Half the participants were assigned performance goals and the other half was assigned learning goals. The results are astonishing.

2.       This was the results of a specific change scene in the behaviour of the two groups. Participants with the learning goals actually spent time on acquiring the knowledge to perform the task effectively and to analyse the relevant market information available.

3.       Those focusing on learning goals were convinced that they could master the situation and so there was significant increase in their self-efficacy. The effort of performance goal participants was highly unsystematic and haphazard.

4.       One of the most striking finding was that those with a learning goal had a higher commitment to their goal than those with a performance goal.

These findings clearly tell us what we should follow. However, the question is do we really follow learning goals? 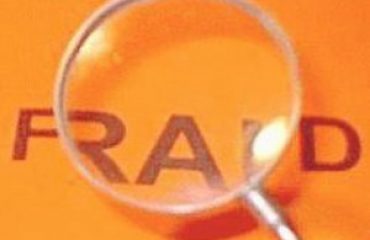 How many times have you been mis-sold? If most people can have it, is it Luxury?