Respondents in my exploratory study confirmed the relatively lesser effect of recession on consumption pattern with regard to luxury goods. However, they also raised concerns as to companies should not be complacent about it and must take actions to offset the relative decrease in spending. In this blog, I will focus on how and what actions companies should take to gain from the recession.

1. Spend on your brand

During a vibrant and growing economy consumers spend freely. Therefore, having an unclear brand position, while not optimum, is not as risky as during a recessionary period. In growth times, the brand’s weakness in the marketplace is less obvious, as consumers tend to be more forgiving and are not so price-conscious. However, when times get tough, consumer spending habits change dramatically. With negative news percolating from all media avenues the consumption fear sets in and they require much further motivation for spending. In recessionary times, consumers, not only spend less overall, but they become far more selective in how they spend. They gravitate away from brands that fail to provide a clear, meaningful, relevant and emotional engagement.

Conventional wisdom suggests that in times of recession it is better to tighten the belt and cut costs and most companies immediately cut their marketing and branding efforts. However, this is where the opportunity beacons. When others are cutting their spending and loosing the emotional engagement with customers, it will pay in the longer term to spend on the brand.

The brand spend doesn’t always mean monetary spend in every case. It is about generating a buzz around the brand and with the present day technology such efforts can be choreographed much easily than one can think. However, a word-of-caution for those ever so enthusiastic marketers. While creating and opening new communication avenues understand the limitations of it and the consumer engagement process. History of such communications is littered with companies overdoing it and in turn failing to become relevant. With luxury brands, relevance is an extremely important issue and therefore, one must move with caution. However, recession is the best time to build relevance and such relevance will stick for long-term.

The increasing wall-street driven short-term focus to outperform competitors everyday is another pitfall associated with most marketers. There is not a single firm in the world which can ever do that. Remember that proverb ‘every dog has its day’. This is how simple it is. You cannot outperform the market everyday and every time. It catches up on you. In recession times short-term focused marketer go on sales promotion overdrive. This has a direct impact on the brand erosion and consumers get confused as to what the brand stands for.

Instead of sales promotion spend on engagement. Make your brand relevant. Cement the position of your brand in the customers’ minds. Stop the sale mentality. However, simple and logical this may sound, most marketers who are continuously involved in operational thinking miss this and kill their beloved (mostly by the consumers) luxury brands. 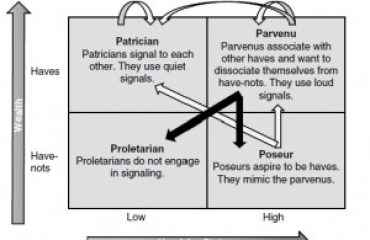