The talk of medium-term recession is in the air. The mainstream media everyday reports so many gloomy results on various fronts that reading a newspaper in the morning makes the breakfast an undesirable event at times. One of my friends has just told me she has actually stopped eating breakfast, for the reason being the prices of food products have gone drastically up and it’s getting harder to make ends meet.

Consumers consume products to satisfy two major needs, namely, (a) utilitarian needs: basic needs such as food, thirst, shelter etc. and (b) hedonistic needs: which includes largely wants such as entertainment and status which mainly focus on pleasure.

Luxury consumption adheres to the later part of the needs and if asked any consumer would state that in tough times the first they will cut is the luxury consumption. However, in my opinion, it doesn’t seem to be the case. Over the past few years of unprecedented economic growth, luxury consumption has caught the eyes of the masses. Historically, such pleasure seeking behaviour was observed in more ‘well to do’ class of society. However, in recent years, our appetite to consume luxury products has increased voraciously.

From my own experience, finding a Louis Vuitton, Gucci or Prada accessory while sitting on a train in London Underground is as common as a finding the Metro newspaper (available freely to every reader on London underground).

On the academic front, we have good many forecasting models which provide some assistance in predicting how utilitarian products will fair in such recessionary scenario. However, we only have anecdotal evidence with regards to luxury products.

Financial analysts using historical sales data predict that luxury goods companies such as Moet Hennessy Louis Vuitton (LVMH) or GUCCI are traditionally hit hard by economic downturns. There is evidence of the same too as LVMH saw it profits drop by at least 20% in the aftermath of 9/11. According to Financial Times, in 2008, Bulgari felt slower sales growth in March, Richemont at the end of last year, while Gucci sold less in the first quarter than last year.

Furthermore, analyst at Lehman Brothers, points out that 50-60 per cent of the luxury goods industry’s consumers remain in classic, developed markets, which are hit hard by the recession. While there seems evidence that luxury goods consumption will be hit hard, I tend to disagree with the analysts due to following:
1. Mass consumption behaviour: As I stated earlier luxury products have come much closer to becoming necessity in case of many affluent customers who still represent middle class in the socio-economic classification terms. This was hardly the case in earlier market scenarios.
2. Geographical scope: Half of the luxury consumers live in the Eastern emerging markets. The glitter of Dubai and Shanghai shows the dominant presence of Eastern consumers in consuming luxury products. While market such as India and most other parts of Asia underexposed to global luxury brands, the scope of growth is too hard to predict.
3. Tourism trends: There is an unprecedented growth in terms of tourist travelling from Asian markets to the Western markets. For examples, Indian tourists took the number one spot in terms of visitors to the UK displacing Japanese consumers who has reigned on that spot for a long period of time. Tourists have a huge tendency to purchase luxury goods as souvenirs and such behaviours have to be accommodated in the overall prediction however that will be too difficult to address without substantial research.

The above three points, when included in any economic analysis of luxury products can skew the overall results. They surely seem to have the propensity to create a mini ‘black swan’. 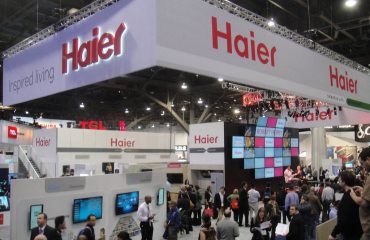 Seriously, I thought Haier was a German brand! Detrimental effects of country of origin misclassification on bottomline 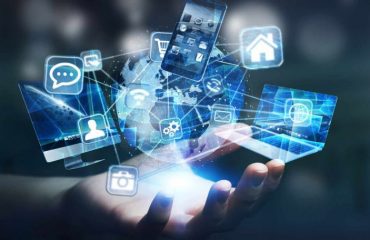 What is your digital value strategy?

4 Comments to “ Luxury consumption: will it really be affected by recession?”