Researchers suggest two separate dimensions of loyalty which affect satisfaction. Firstly, ‘behavioural loyalty’ is associated with the level and amount of past purchase activities. Secondly, ‘attitudinal loyalty’ is reflected in consumer’s attitude towards a product or service. Several researchers suggest that behavioural loyalty precedes attitudinal loyalty. However, others argue that the two constructs merge and create a larger single loyalty constructs. Furthermore, researche in this area has mostly focused on Western developed nations and there is a need for focusing on the rapidly developing emerging markets such as the BRIC countries.

One such study was conducted by Broyles in 2009 focusing on the US and China as representative countries with a final sample containing 236 Chinese respondents and 224 from the US. Coca-Cola and KFC were the brands eventually chosen because of their widespread availability and leading brand status in both countries. It was also noted that the Coca-Cola and KFC have “dissimilar complexity and consumer involvement” in relation to the service provision from employees to customers.

There is also a great research opportunity in measuring the impact of loyalty on satisfaction.
While a lot of earlier research has focused on impact of satisfaction on loyalty, the resultant impact of loyalty on satisfaction has not been studied in same details by researchers. Most researchers assume the single purchase situation. This is mostly due to prominence of cross-sectional research in the field of marketing and international marketing. However, one has to remember that consumers don’t engage with a product or service once only and therefore the multiple engagement which could lead to higher loyalty may have a different level of satisfaction associated with it. 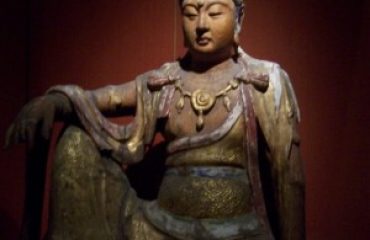 Massification of Luxury: the Chinese Invasion